I’d like to imagine that there are some truly romantic love stories out there among my ancestors, especially since today is Valentine’s Day, but there really are none that I am privy to.  Not that we observe this particular “holiday” here in this house… It was kind of fun when my kids were very young, or when I was much younger than I am now, but these days it is mostly a non-event. We are spending this windy, snowy, wintery day by laying around and reading and then ordering in pizza for dinner. That’s pretty much a perfect day! Perhaps I’ll bake some heart-shaped cookies later to warm up the kitchen. Anyway, as usual, I digress.

After looking over those distant relatives with surnames of Love, and Valentine, and Hart in an attempt to find something that would resonate with Amy Johnson Crow’s suggested optional theme for the 52 Ancestors 52 Weeks Challenge for this week and not feeling inspired, I started searching for a couple who might have been married around the 14th of February. I found that I have exactly one.

Admittedly, I have not spent as much time on my dad’s ancestral line because gathering the information has been such a chore. My dad’s father died when he was three years old and no one really knows too much about that family and then, add to that, the fact that my dad’s father was born with the surname Otto, but for some unknown reason started going by the name of Schrader as a young adult. I know! Like I said, it’s mostly a chore. No one seems to have much information on my grandmother’s family either, so it has been like starting with a blank piece of paper…literally.

There is an interesting branch of my father’s line, though, the Mey family (and if I could figure out how to type an umlaut on this laptop, I would do so). Johann Nickel Mey is my paternal 7th great grandfather. He was born on 29 May 1673 in Alsenz, Rheinland-Pfalz, Germany to Johannes Mey, a judge from Callbach and Margaretha Lauers from Niedermoschel. Johann Nickel was a shoemaker and married Anna Catharina Beyer on 18 April 1699 in Niederhausen. Two sons were born to the couple over the next few years and it appears that Anna Catharina died in childbirth in 1707 at the young age of 26. Both sons died in infancy.

On 14 February 1708, Johann Nickel married again. This time to Maria Catharina Graeff, the daughter of Anna Margaretha and Johann Nicolas Graeff in the Niederhausen Reformed Church. According to essays written by Fred T. Mays on the mayhouse.org website, this day was also a special day in the village because St. Valentine was the protecting saint of the congregation. This marriage then, is my romantic story for today.

Johann Nickel and Maria Catharina would go on to have seven sons and three daughters and although two of the boys would die as infants, the rest all grew to adulthood and married. During this time, Johann Nickel became a judge as well. On 21 February 1743, Johann Nickel succumbed to an illness and passed away. At some point after his death, the family began making plans to move to America.

The years following The Thirty Years War in Germany were followed by many years of religious persecutions and other upheavals. This resulted in more than thirty thousand immigrants flooding into Pennsylvania just prior to the Revolutionary War during the years 1727 through 1776. During the summer of 1748, Maria Catharina said goodbye to her husband, long buried, and two of her children who were staying behind, to travel up the Rhine to Rotterdam on the North Sea. There she boarded the ship Edinburgh along with three sons and two daughters, bound for a new life.  They arrived at the port of Philadelphia on 05 September 1748.

Palatines who were living in Pennsylvania said that they had left the Palatinate because of religious reasons and financial difficulties. Because they were allowed a greater liberty of conscience in Pennsylvania, they left the Rhine valley for the Conestoga Country. And it was here in Conestoga Township in Lancaster County where Maria Catherina died in 1751 barely three years after she had left her homeland. It was also here where one of her sons, Johann Leonhardt May (my 6th great grandfather), became a wagoner – Conestoga style. But then, that’s another story… 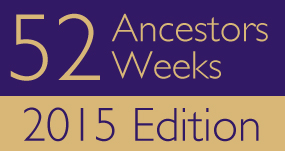 Eshleman, H. Frank. Historic Background and Annals of the Swiss and German Pioneer Settlers of Southeastern Pennsylvania, and of Their Remote Ancestors, from the Middle of the Dark Ages, down to the Time of the Revolutionary War; an Authentic History .. Baltimore: Genealogical Pub., 1969. Print.

Rupp, I. Daniel. General Remarks on the Origin of Surnames Interpretation of Baptismal Names, Which Occur in the Collection of Thirty Thousand Names of German, Swiss and Other Immigrants ; to Which Are Added Other Baptismal Names, Both of Males and Females. Harrisburg: T.F. Scheffer, Printer, 1856. Print.

Hollie is a jill-of-all-trades and master of a few. She is your typical introvert attempting to live a simpler life in a complicated world. She has two grown children who live in a much warmer climate. When she is not researching her family's history, you might find her writing, taking some photographs, digging in the dirt, doing a little yoga, or with her nose in a book. You also might find her walking along the Ohio & Erie Canal with her other half and their two dogs, Ben and Gus - a grouchy, old mixed-breed and a spoiled Siberian Husky. If you can't find Hollie, she's probably at the library.

Genealogy, the law and so much more

News and resources covering social media, search engines, databases, archives, and other such information collections. Since 1998.

Genealogy and History in North Carolina and Beyond

Making genealogy more intersectional and accessible to all

musings of a frequent flying scientist

Exploring Ohio History One Marker At A Time

Be Strong. Be Nourished. Be Mindful. Be Beautiful.

The Art and Craft of Blogging

Blogging about my life in Wild, Wonderful, West Virginia.

Ruby Pipes
FROM THE LAUNDRY ROOM

Sorting it out one load at a time

kelsee727.wordpress.com/
Who were they? 52 ancestors in 52 weeks

About the Woods, Gaffney, Diggins and Marshall families